The United States was among the top countries for the percentage of fatal traffic accidents involving alcohol, according to the World Health Organization (WHO) and its global report on road safety worldwide in 2015. The sad fact is that only two other countries—Canada and South Africa, with 34 and 58%, respectively—had a higher rate of alcohol-related fatalities in road accidents than the United States (31%).

Despite the alarming statistics on drunk driving fatalities in America, all states are not equally risky. Research and statistics show that New Mexico’s problem with drunk driving is particularly severe.

The moment has come to seek justice and compensation by speaking with an Albuquerque auto accident lawyer about your accident claim if you were hurt in a drunk driving accident this year or are the surviving loved one of a victim. Click here to get legal advice!

Data from the National Highway Traffic Safety Administration (NHTSA) was used in a Safewise study to identify the states with the highest incidence of fatalities due to drunk driving. According to statistics, New Mexico has one of the highest rates of drunk driving fatalities in the country, with 5.74 fatalities per 100,000 residents. Only Wyoming, South Carolina, and North Dakota had higher numbers in the nation than this one, which came in at number four.

In New Mexico, the risks associated with drunk driving are essentially nothing new. Instead, drunk driving has put the lives of innocent people in danger in New Mexico for years, and according to the most recent Safewise survey, it still poses a threat that is all too common on the state’s roads and highways.

You may be familiar with the terms “DUI” or “DWI,” depending on whatever state you now call home. These two words seem to mean the same thing, but their meanings differ. To distinguish between people who are impaired by alcohol and people who are impaired by drugs, some states even use both phrases. Driving while inebriated is known as a DWI, for example. Depending on your state, a DWI may be considered a far more serious crime than a DUI because it is only applied to intoxicated people to the point of impairment. Conversely, those who are suspected of driving while under the influence of drugs frequently receive DUIs. 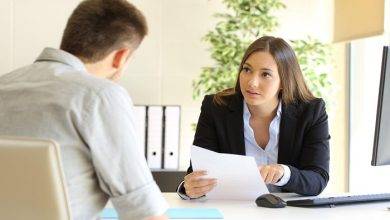