There is a current influx of smartwatches in the electronic market. Each primary mobile phone manufacturing brand, such as Apple, Xiaomi, etc., has invested in this electronic market’s unique sector.

There are a plethora of brands to choose from based on the requirement of the buyer. The extreme spectrum of choices ranges from fitness smartwatches such as Fitbit to a classy fusion of past and present, stitched with versatile usages, such as Gear S3. The options are practically limitless, and the only aspect of determination is the willingness to spend.

According to the usage of various watches, the most used/ preferred app varies. And this spectrum, however diverse, can still be well rounded by an extensive market analysis.

Irrespective of the OS (operating software), the critical area of focus is the usage. In fitness-oriented watches such as Fitbit, the most downloaded apps are the Heart Monitor, Steps Counter, and Google Maps.

The consumers are using Fitbit and other smartwatches as such revere movement. The original purpose of these watches is to promote physical activity and monitoring physical health. Thereby, enthusiasts as such require information about their bodies on the run. Their heartbeat count provides them with the threshold line of physical exertion.

The Steps Counter tracks and records the number of steps taken while walking or going on a hike; this is an effective method of analyzing the calories burned, setting future targets, and tracking progress.

Google is an integral part of any OS. Google maps’ versatility allows users to keep close tabs about their location on a hike around mountain trails or any other outdoor activity.

All these apps combine to provide the users with an immersive and analytical insight into the world of fitness.

On the contrary, Gear S3 and brands that capitalize on usage’ versatility provided a different picture. Users of such lavish brands have other priorities, and their choice of apps details this.

Watches that do not exaggerate fitness only but also an effective method of communication. We need to pair the smartwatches with smartphones, and they reflect the most used apps on the phone of the individual user.

A broad survey by Toggle has incited that Messenger is the most highlighted app in such watches, followed by Gmail and Phone (of the OS).

The shift in its usage indicates that communication is the more celebrated usage in this spectrum of the smartwatch market. The portability, along with the immediate response, makes these apps a lucrative pairing part and is highlighted as so.

The lapse of time and technological fervor established each day makes the distinguishing line of such spectrum more refined and more nuanced. The tech giants, such as Facebook, Google, WhatsApp, are looking forward to investing in the smartwatch department, indicating the fusion of fitness and communication into a single device. These have the probability of finalizing the market rankings of popular apps to resemble that of the smartphone domain. In the long run, Messenger, Facebook, and Google promise to stay solid in this realm.

Before You Spend a Single Penny on Your New Smartphone, Know Some Basic Differences Between iOS and Android 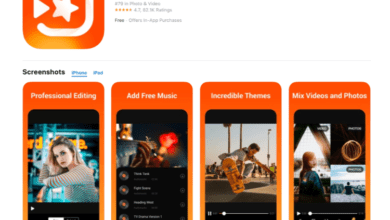