A View may be defined to be a projection of various entities and is not a stand-alone one. It is possible to build an SAP CDS View as a design-time file in a storage system with the SAP HANA Extended Application Services (SAP HANA XS) of SAP HANA.

Now, how can SAP CDS View be defined? CDS, short for Core Data Services is a rich and robust programming language that has been created by SAP. You can define and consume models on the database with SAP CDS View even bypassing the application server. Further, CDS Views is universally considered to be a highly specialized and optimized platform for creating data models that can be transferred outside the applications with the help of OData services.

SAP CDS makes sure that data models are defined and used not on the traditional application server but the database server. A framework for modeling data, SAP CDS also meets the requirements of the real-time performance of organizations through leveraging the strong in-memory database of SAP HANA. The process is carried out by maximizing the operations at the database level, leading to reduced application execution time as well as fast database retrieval. Data models that are built by SAP CDScan be presented by application servers to users as UI and SAP CDS View.

The Development of SAP CDS View

SAP CDS Viewwas introduced by SAP as a programming model. Since it is a critical built-in component of SAP HANA, this virtual data model allows fast and direct access to the underlying tables of the HANA database. The objective is to qualify the logic from the application server to the database on the client-side which is called‘Code-to-Data’ or ‘Code Pushdown’ by SAP. This logic is taken from the ABAP applications and used on the database by the SAP CDS View.

The launch of SAP HANA has radically transformed the processes in which applications are developed and data is managed. In this respect, HANA has fulfilled all the requirements of businesses to carry out as many operations as possible at the level of the database through its in-memory database and quick real-time execution. In the past, for data modeling, the database server and not the application server has been used. But that changed when SAP launched a new infrastructure optimized for data modeling using the Core Data Services, commonly known as the SAP CDS View.

The Working of the SAP CDS View

One of the most common requirements of businesses in the modern data-driven environment is performing real-time data reporting and data analytics with transactional data. This analytics of large queries is a reality now with S/4 HANA without the need for a separate data warehouse. There is no degradation or fall in performance levels thanks to the power of HANA. Further, Virtual Data Models (VDMs) can be created with SAP CDS View directly in ERP with high performance and this can be used on various front-end tools.

There are several features for analytics like the SAP S/4 HANA Embedded Analytics that is available out-of-the-box with SAP CDS View. These features are used for real-time data analytics on live transactional data regardless of the underlying structures or tables. The views can either be consumed directly for creating new data models or combined with both modified and enhanced new views.

Users can define a view as an SAP CDS View document that can be stored as a design-time file in the repositorywith the SAP HANA XS (SAP HANA Extended Application Services). These files can be accessed by applications that are specifically developed for this purpose. Moreover, these repository files with view definitions can be moved like a delivery unit to other SAP HANA systems.

On the other hand, when an application is related to the design-time version of a view, all changes in the repository version of the file can be seen after they are committed to the repository. It is not necessary to wait to activate a runtime model of the view.

SAP CDS View is of two types namely the HANA CDS Views and the ABAP CDS Views. In the past, there was only the SAP CDS View in the SAP Hana environment but now, CDS can also be had in SAP NetWeaver as ABAP. This enables developers to work with the ABAP programming layer while allotting the execution layer to the database.

Advantages of the SAP CDS View

Some of the benefits of the SAP CDS View are as follows.

All computing and calculations are carried out on the database layer and not on the application server since SAP CDS View runs on the code-to-data technology. Further, users can access the features of the SAP CDS View outside the SAP native applications as they are less conventional in SE11 views. A critical benefit of CDS View on SAP is that it can be run on any database system that is supported by SAP. This is because the functioning of SAP is not dependent on the database. Finally, SAP CDS View supports automatic client handling.

In-built extensions and functions, relationship definitions, and conceptual modeling, all of which are an improvement over the conventional data modeling tools, are compatible with the SAP CDS View. 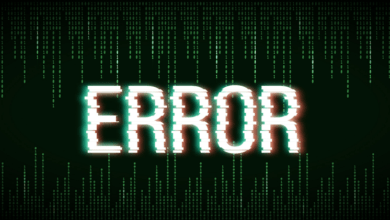 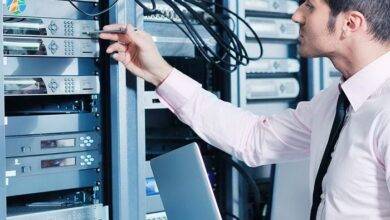 Advantages of renting a VPS-server